This year the annual re:invent conference organized by AWS was virtual, free and three weeks long. During multiple keynotes and sessions, AWS announced new features, improvements and cloud services. The AWS team and their sponsored partners did an amazing job of making the virtual experience welcoming, collaborative, and interactive — something that is quite hard to coordinate in a remote setting. 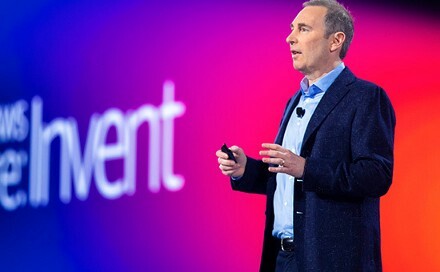 Packed with keynote announcements, training opportunities, and more than 2,500 technical sessions, re:Invent is a chance for the global cloud computing community to find out the latest news from AWS HQ, brush up on their skills, and take valuable insight back to their teams and businesses.

I have received so much value from the sessions I attended over the past few weeks and I wanted to share the highlights for anyone who might be interested in learning more about devops, the cloud, Big Data or in general any new services that aws recently launched.

On the very first day of the conference, Amazon announced EC2 Mac instances for macOS, adding after many years a new operating system to EC2. This is mainly targeted at processes that only run on Mac OS, like building and testing applications for iOS, MacOS, tvOS and Safari. AWS introduced new instance types on different processors and EC2 families, including Intel Xeon M5zn instances, Graviton2-powered C6gn instances, Intel-powered D3/D3en instances, memory-optimized R5b instances and AMD-powered G4ad GPU instances. The first part of Andy Jassy’s keynote was focused on announcements related to compute options and serverless technologies.

There were announcements about Lambda and serverless deployments: billing granularity is reduced from 100ms to 1ms which reduces costs for every single Lambda function automatically, the availability of functions with up to 10 GB of memory and 6 vCPUs was added.

You can now package and deploy AWS Lambda functions as a container image of up to 10 GB. It means that you can now build Lambda-based applications using your familiar container tooling & workflows, using either a set of AWS base images for Lambda, or using your preferred community or enterprise images.

Suppose you are familiar with container development tools such as the Docker CLI. In that case, you can locally build and test your Lambda based application and push your container image to Amazon ECR. You can then deploy your Lambda function by specifying your Amazon ECR image tag or digest from the repository. And by the way, Amazon ECR just launched Amazon ECR Public. This fully managed registry makes it easy for a developer to share container software worldwide for anyone to download publicly.

During the first keynote, the public preview of AWS Proton, a new managed deployment service for container and serverless applications, was announced. With AWS Proton, customers can automate and manage infrastructure provisioning and code deployments for serverless and container-based applications. The process of defining a service template involves the definition of cloud resources, continuous integration and continuous delivery (CI/CD) pipelines, and observability tools.

AWS Proton will integrate with commonly used CI/CD pipelines and observability tools such as CodePipeline and CloudWatch. It also provides curated templates that follow AWS best practices for common use cases such as web services running on AWS Fargate or stream processing apps built on AWS Lambda. Infrastructure teams can visualize and manage the list of service templates in the AWS Management Console. And by the way, Amazon ECR just launched Amazon ECR Public. This fully managed registry makes it easy for a developer to share container software worldwide for anyone to download publicly. ECR Public Repositories is a public container registry to store, manage, share, and deploy container images globally. Adding Amazon ECS Anywhere and Amazon EKS Anywhere, AWS will make the container orchestration software used in ECS and EKS freely available to deployments outside AWS, including other cloud providers. This will provide increased integration and lower latency and will follow the path of Microsoft and Google that already offer Azure AKS and Google Anthos for free. Amazon EKS adds support for EC2 Spot Instances in managed node groups. First, for those that don’t know what a Spot Instance is, a Spot Instance is an unused EC2 instance that is available for less than the on-demand price, often at steep discounts, which lets you lower your EC2 bill significantly. Amazon EC2 sets each instance type’s spot price in each Availability Zone and adjusts it gradually based on the long-term supply and demand for Spot Instances. 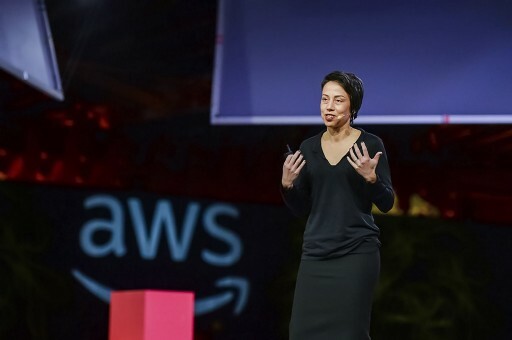 New — Amazon S3 Replication Adds Support for Multiple Destination Buckets S3 Replication (multi-destination) removes the need for you to develop your own solutions to replicate the data across multiple destinations. You can use the flexibility of S3 Replication (multi-destination) to store multiple copies of your data in different storage classes, with different encryption types, or across different accounts depending on its intended use. Amazon S3 Update — Strong Read-After-Write Consistency With this S3 update, all S3 GET, PUT, and LIST operations, as well as operations that change object tags, ACLs, or metadata, are now strongly consistent. What you write is what you will read, and the results of a LIST will be an accurate reflection of what’s in the bucket.

Earlier this year we launched io2 volumes with 100x higher durability and 10x more IOPS/GiB than the earlier io1 volumes. Today we are opening up a preview of io2 Block Express volumes that are designed to deliver even higher performance! New — Amazon EBS gp3 Volume Lets You Provision Performance Apart From Capacity When using general purpose SSD gp2 volumes with EBS, performance is associated with storage capacity. Today we announce the new gp3 volume that lets customers increase IOPS and throughput without having to provision additional block storage capacity, paying only for the resources they need. 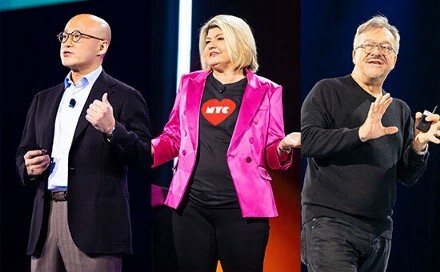 AWS Local Zones, single zone extensions of regions that are located near densely populated areas to provide lower latency, were introduced in 2019. During the conference, AWS announced that three new Local Zones will be GA this month in Boston, Houston, and Miami and twelve more in 2021, including New York City and Chicago.

Smaller Outpost options will follow next year as well, allowing customers to deploy AWS hardware in smaller offices, factories, and sites that are space-constrained but need access to low-latency compute capacity.

In the IoT space, the new AWS IoT Greengrass 2.0 provides an open source edge runtime and tools for local software development and managing software on large fleets of devices.

Managed Entitlements in AWS License Manager Streamlines License Tracking and Distribution Starting today, you can use managed entitlements, a new feature of AWS License Manager that lets you distribute licenses, automate software deployments quickly, and track licenses — all from a single, central account.

AWS Marketplace Now Offers Professional Services Now with AWS Marketplace, customers can not only find and buy third-party software but also the professional services needed to support the full lifecycle of those products, including planning, deployment and support. 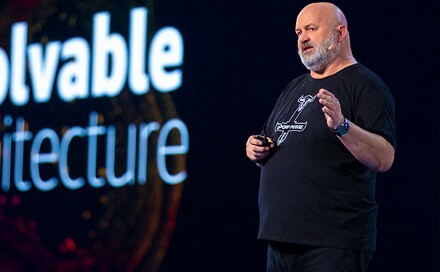 I’m curious to hear from others who attended re:Invent this year about what their favorite lessons learned were. AWS created multiple tracks to ensure that anyone, no matter their interests or backgrounds, could dive into the exciting world of aws technology.

Do reach out to me , at below social media handles. I am also up for a debate on the best AWS Services , So let’s discuss more. I am active on github and if you are interested in learning more about aws services and how to work on hands-on projects , do follow me there. LinkedIn Github You can view my badges on

"Constant reinvention is the key to building a long-term, sustainable business, and organizations should be reinventing while they’re healthy and developing products and services that solve customer problems, not for their coolness factor, according to Amazon Web Services CEO Andy Jassy."